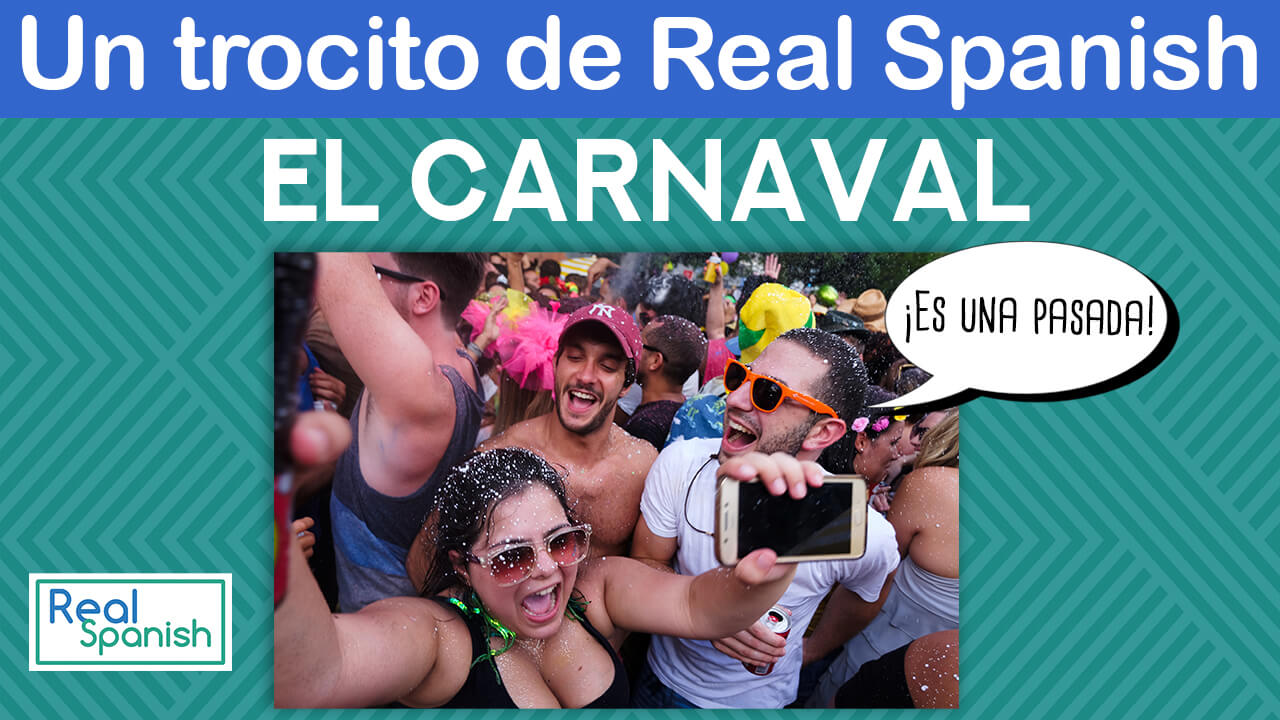 This is the transcription of the video in which Inés describes the Carnival celebration in the Hispanic world. You can choose to view the video before or after reading the text. We suggest you also listen to the audio while reading the text, chiming in with Inés from time to time to improve your pronunciation and intonation.

Have you ever been to the Carnival celebration in any Spanish or Latin American city? It is one of the happiest and entertaining celebrations of the year.

Between the months of February and March, this religious and pagan festival is celebrated at the same time, which is related to Lent before Easter and the Bacchus festivals.

Each city celebrates it differently, with its own peculiarities. But the most important thing is that people are más alegre que unas pascuas. Do you know this expression? It means that a person is as happy as can be, having a great time. In Carnival, people dress up, go out to the streets to listen to music, watch the parades and are más feliz que una perdiz (literally, happier than a partridge). By the way, there are more expressions with perdiz: you can consult the DRAE (Diccionario de la Real Academia Española, the authority on modern Spanish).

In Spain there are two cities that stand out in this celebration, Cádiz and Santa Cruz de Tenerife.

Cádiz stands out for its great sense of humor and originality. Santa Cruz de Tenerife has a Brazilian influence and the parade that takes place in the street and the election of the Carnival Queen are very important. It’s incredible!

In our blog you can find a more detailed article about Carnival in different countries of the Hispanic world.

If you’ve been to Carnival, tell us about it below, in English or in Spanish.

Real Spanish: online Spanish courses and mini-lessons for people who are serious about improving their Spanish.

View all our materials and try some free sample lessons